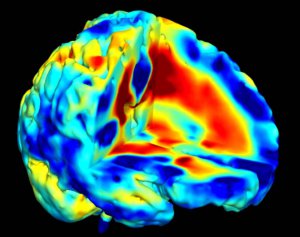 I realize there is much controversy about how money should be spent on Alzheimer’s research—whether more funds should go to a cure or go to prevention. Self-interest has kept me hoping that research finds a way to prevent Ralph from the currently inevitable slide into more serious dementia, yet I also have told myself that preventing Alzheimer’s from affecting masses of others is the more altruistic approach.

Then I read the article,“Younger Adults With Alzheimer’s Are Key To Drug Search,”  . Focusing on a 37-year-old woman diagnosed with Alzheimer’s, it claims that testing for certain Alzheimer’s genes could be a crucial part of the research to prevent Alzheimer’s:

“Until recently, people who inherited this gene had no hope of avoiding dementia and an early death. Now there is a glimmer of hope, thanks to a project called DIAN TU  that is allowing them to take part in a study of experimental Alzheimer’s drugs.

The project also could have a huge payoff for society, says Dr. Randall Bateman, a professor of neurology at Washington University in St. Louis. “It’s highly likely,” he says, that the first drug able to prevent or delay Alzheimer’s will emerge from studies of people genetically destined to get the disease.”

I hope Dr. Bateman is correct. But I can’t help thinking about Alzheimer’s in purely personal terms. And really, the pros and cons of the research were not what came to the forefront as I read the story.

All I could think about were my kids. Basically the Alzheimer’s gene is the monster in the room that has scared me too much to acknowledge out loud.

I doubt I am alone in this avoidance. I’ve noticed that children, most of them already grown, receive only passing mention on many spouse caregiver sites devoted to Alzheimer’s. And the heroic children caring for their parents with Alzheimer’s are so busy writing about their concern for those parents that they never mention fears about their own future.

But the genetic connection of Alzheimer’s within families does exist as this article, and many others make clear [“Alzheimer’s Disease Genetics Fact Sheet for the NIA”,   ”Alzheimer’s genes: Are you at Risk?”,    and a variety of scholarly studies.

The thought that Ralph’s and my kids may be at high risk for developing Alzheimer’s is horrifying.

But the thought of them getting tested horrifies me too. There are all kinds of genetic risks my descendents already face. Cancer, heart disease, and diabetes to name a few. Do they need to be burdened with the certainty, or even the likelihood of Alzheimer’s? I am someone who would rather not know my future (or the future of those I love, especially if that future is going to happen once I’m not around frankly). But my kids are not me. Eventually each will decide what course he or she wants to take.

While I certainly wish Ralph had not developed Alzheimer’s, we are adjusting day by day. In fact, I am fast reaching the point of not quite remembering what life was like before. Alzheimer’s has become central to our life as husband and wife, or as the ever wise Alzheimer’s Wife  recently posted, “part of the bargain.”

The kids didn’t buy into that bargain. But they eventually they may have to own it. It’s not fair, but it’s life.

“We” had “our” six month check up the other day at the Emory Memory Clinic. “We” and “our” are operative words because I probably get as much out of the appointments with our Nurse Practitioner Stephanie as Ralph does. The visits are medical but also psychologically therapeutic and unlike any other doctor visits I have ever experienced.

I admit it never starts well. Ralph asks if we really need to go all the way there (I have learned not to mention the appointment until that morning). And the waiting room time is always uncomfortable, Ralph and I  both secretly looking around at the other couples—everyone present is in a couple whether husband/wife, siblings, parent/child, or cared for/caregiver—trying to guess which person is the patient. I frequently realize I have guessed wrong when the person I assumed was impaired is the one who heads up to the nurse station to sign in. Ralph gets anxious because seeing people with his diagnosis but more advanced into cognitive impairment forces him to consider his own future. I get anxious for pretty much the same reason.

But once we are in the actual room, I am probably more myself than at any other time these days because we are together with someone who knows our situation, who does not look sympathetic but slightly askance at anything we say. This visit Ralph was to have a battery of tests to check his status. The tests take about 45 minutes; I actually thought of sneaking down to the second floor to say hi to a friend who works in the building. Instead those 45 minutes were filled with conversation with Stephanie about my concerns and worries. When I mentioned issues I don’t bring up anywhere else or to anyone else out of some probably misguided mix of embarrassment and guilt—and there are issues I do not bring up in my support group or even here—she responded with matter-of-fact solutions and understanding of someone who has witnessed all the permutations of cognitive impairment. My tendencies toward defensiveness, guilt, and self-justification melted. I could see clearly where I thought Ralph was on the continuum, that his memory seems to have held steady but his energy, curiosity and interest in the world has faded.

And then Ralph returned from his testing in buoyant spirits. He felt he had done really well on the test. And he had. Although he got more questions wrong than he thought, the score on his memory has held steady. (Shout of thanks to Namenda and donepezil.) He still qualifies as Mild Cognitive Impairment and is holding Alzheimer’s at bay.

We are scheduled to return to see Stephanie in six months. She said that if it was inconvenient since we come from a distance, we could skip that appointment. No way. I am looking forward to it.

So… Ralph’s memory continued getting worse. He repeated conversations over and over. He forgot what day it was. He forgot business decisions. Then an acquaintance invited Ralph fishing in southern Louisiana. Ralph loves fishing and this was a fisherman’s dream trip: catching red fish all day, telling fish stories over great food and drink all night. Ralph was excited if a little nervous (ok, more than a little which I refused to take seriously), especially on the way to airport, but when he called from Louisiana the first night, he said the fishing was terrific and I could hear laughter in the background. I thought, great, he’s made some new friends. As soon as Ralph got home, he admitted the trip was torture. He could not keep track of names and faces. Worse he had trouble remembering which room was his. Smiling ruefully, he described finding excuses to leave the carousing so he could prowl the halls, poking his head into bedroom doors until he recognized his duffel bag and went to bed. Then he added the shocker: “I am going to make an appointment to see the doctor.” It was Ralph’s decision to see his doctor. Neither of us had considered the possibility that I should accompany Ralph to the appointment. Instead I printed out information I’d Googled about Lyme disease  as a cause for memory loss. Still in denial, I told myself Ralph’s doctor would prescribe antibiotics to clear up the problem. “Andy seems to think it could be serious,” Ralph reported almost sheepishly. “He’s going to set up a test.” Andy called us the next night (never a good sign when a doctor calls you at home at night) and suggested we use separate extensions so I could record/remember what he said. He gave us the name of a highly respected neurologist specializing in memory issues but warned it would take months to get an appointment. In the meantime we arranged to meet with a neuropsychologist who could give Ralph a battery of tests for a preliminary diagnosis.

And just like that we fell down the rabbit hole.