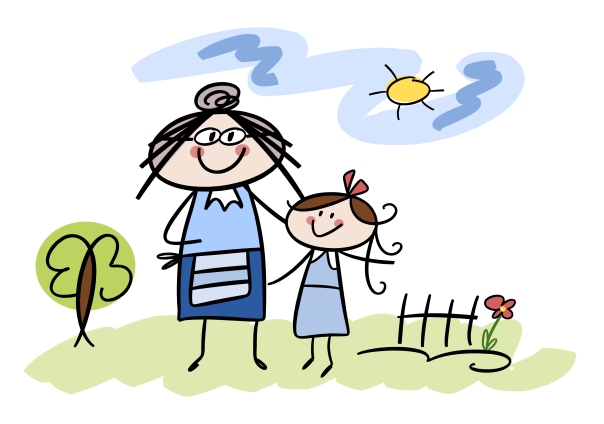 For the last ten days, I was in New Orleans with my 11-year-old granddaughter, and Ralph stayed here on the farm with my son who lives in NYC. Actually, no, I have been back for four days, but I have had difficulty writing down words about how those days affected me.

Because they threw me into a slump I am still trying to crawl out of.

My actual time away was lovely. I drove my granddaughter to school and then spent the day working on final revision on my novel until it was time to pick her up. The rest of the time we played endless games of gin rummy, ate cupcakes, read and wrote—she’s begun her own novel (a little grandmotherly bragging slipping in).

And Ralph seemed fine when I called him multiple times a day. My son worked on his computer during the day, the way I never seem to get around to when I am home. He cooked dinner at night, or tried to—more than once Ralph forgot he was there and ate leftovers without him first—and they sat around talking.

The time together was a real gift for Ralph. My son is over 30, and I doubt they have ever been alone together for more than a few hours before in over 20 years.

It was a more complicated gift for my son. He recognizes that whatever memories he forms with his father now are important. But ….he found being with Ralph really, really difficult.

Although he offered to come again when he could to give me a break, he also admitted he found being with Ralph “annoying.”

“I don’t know how you do it,” he said as I drove him to the airport. The constant repetition, the inability to carry on a logical conversation. “It’s exhausting.”

So here’s what I have avoided writing: For months, years now, people tell me they admire my caregiving and I tell them it is not a big deal because that is what I tell myself, that my life has not changed all that much. But having another person in my shoes, alone with Ralph day after day the same way I am, and having him tell me how incredibly hard it was has thrown me into a tailspin.

I am feeling angry that after ten years of intense caregiving for my mother, I now face years of caregiving my husband. I am sad that after we worked so, so hard to save and improve our troubled relationship, after we found a way to be happy together, this damn Alzheimer’s has already chipped away at so much of it.Having been away, I see more clearly how Ralph is changing in ways I didn’t recognize before (and will write about soon).

And after four days home, I am in fact exhausted.